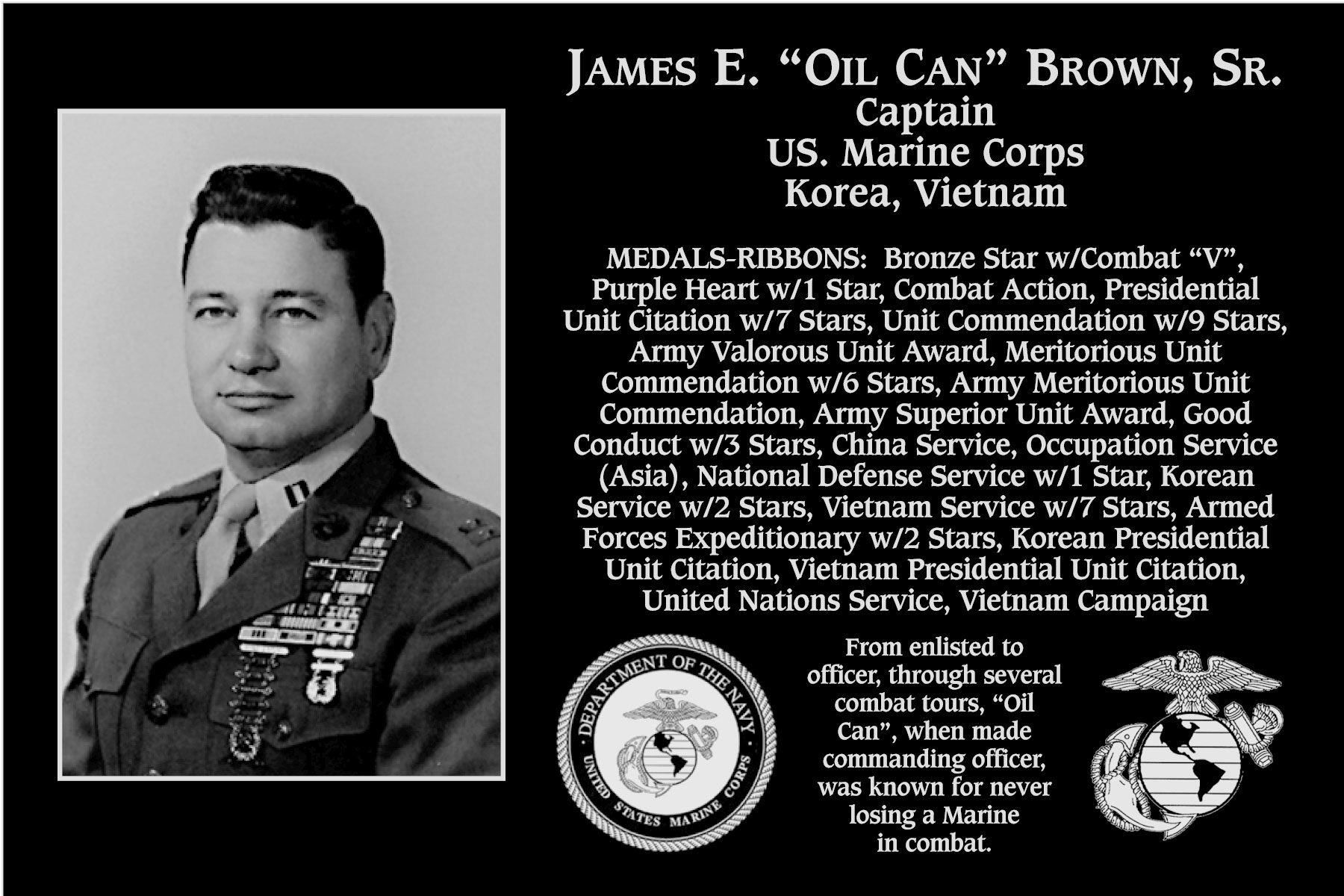 Captain Brown enlisted in the Marine Corps on 2 May 1947 and thereafter boarded a troop train for duty in China, Japan, Guam, and Korea. During his 15 years as an enlisted Marine, he served in various billets to include ammo carrier for the water-cooled machine gun section, Motor Transport: mechanic/wrecker operator, Shop Chief, Maintenance Chief, and Operation Maintenance Instructor. While serving with the 1st Marine Brigade School, Hawaii 1961, he was selected to the grade of WO-1 in 1962.

During the Vietnam era, Captain Brown’s motor transport contemporaries nicknamed him “Oil-Can Brown”, which represented his loyalty and dedication to the United States Marine Corps Motor Transport Maintenance. James E. Brown, my father carries the patriot heritage for which it stands within the Brown families that continues to evolve unfolding within the United States Armed Services.