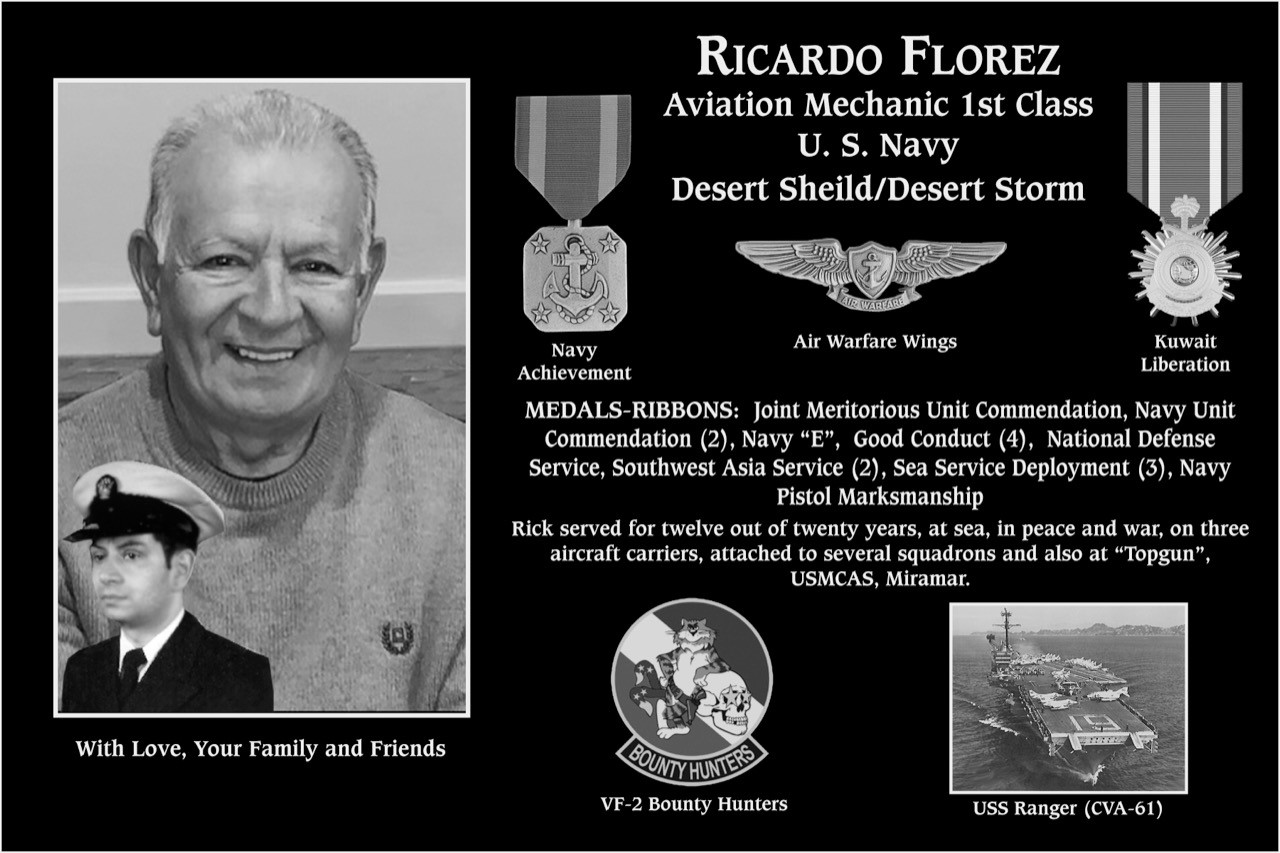 Survived by wife and children

Arrived speaking very little English, and survived by watching the person next to him for cues on what he was supposed to be doing during all the yelling.

Where he eventually became an instructor for the F-14 hydraulic system and stationed there during the filming of Top Gun. He called it, "a bunch of Hollywood people getting in the way of work."

Favorite quote and beginning to every story: "I was minding my own business when...."

Also was a dog-lover and member of the Fiesta Island Dog Owners (FIDO) club, but also said that there was no such thing as a dog under 40 lbs, so his favorites were Rottweilers.

After retiring from the Navy, he spent his last 23 years dedicated to his family, friends, and Florez Family Childcare.