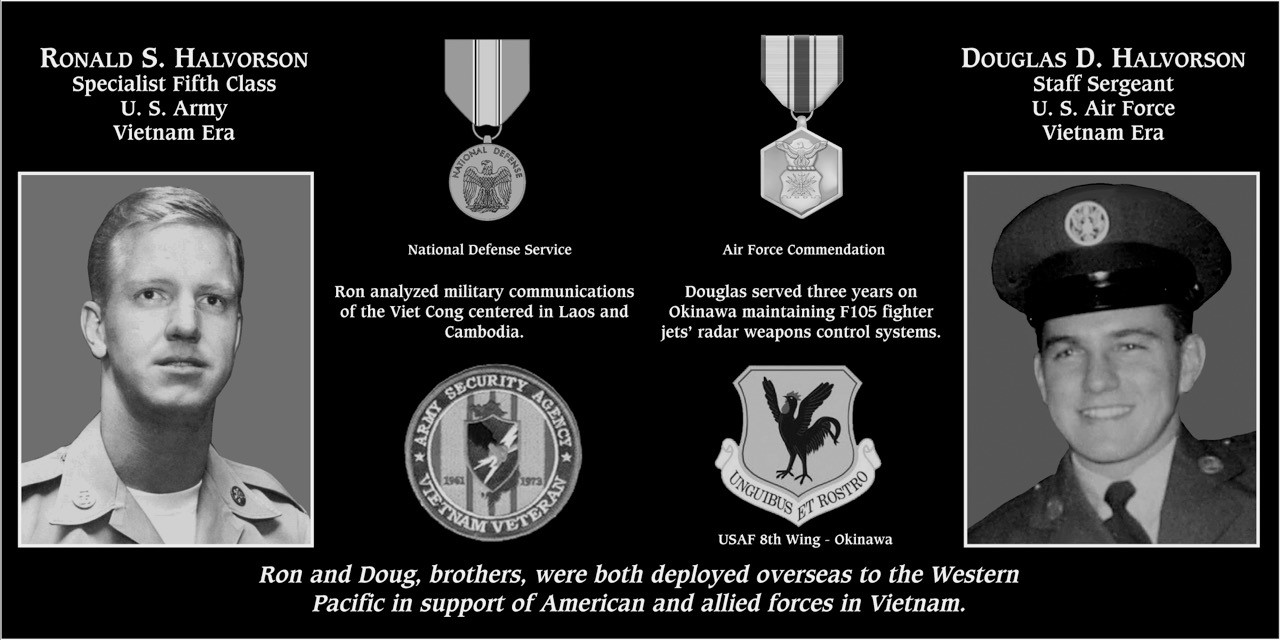 Ron and Doug were both born in St. Paul Minnesota and spent most of their youth growing up in San Diego California.

Ron enlisted in the Army in 1962 and was assigned to a field station of the Army Security Agency in the Philippines. He honorably served his country during the early stages of the Vietnam conflict. He was excited to return home to America following his discharge, but was astonished that rather than receiving praise for serving his country, he encountered open hostility because of the unpopular war.

Following his discharge, Ron earned an MBA degree in Business Management from San Diego State University. In 1989, he and his wife Valerie co-authored several twelve-step books relating to adults from alcoholic and other dysfunctional homes.

Doug enlisted in the U.S. Air Force in 1961. He spent three of his four year enlistment in the Far East on Okinawa as a Weapons Systems Control Technician for the F105 Fighter Jet. He used his spare time on Okinawa to earn a Black Belt in Go-Jyu Karate.

After separation from the Air Force, he attended San Diego State University, married and worked in sales in various industries. Doug resides in Alpine Utah, with his wife Isabelle McMillan Halvorson. He lives by the words of the Savior: Love God first, and, then your neighbor as yourself.

Ron and Doug are honored with a plaque on the Mount Soledad Memorial which is located next to William Pieren’s plaque, an influential mentor in their lives who also served honorably in the Army during WWII.